O-DU High implements the functional blocks of L2 layers of a 5G NR protocol stack in Stand Alone (SA) mode. The L2 layers are NR RLC (Radio Link Control), NR MAC (Medium Access Control) and NR Scheduler. These layers aid in the transmission of traffic from the UE to the 5G Core network.

5G NR SCH layer allocates resources in UL and DL for cell and UE based procedures.

O-DU modules are developed as shown in the below diagram. 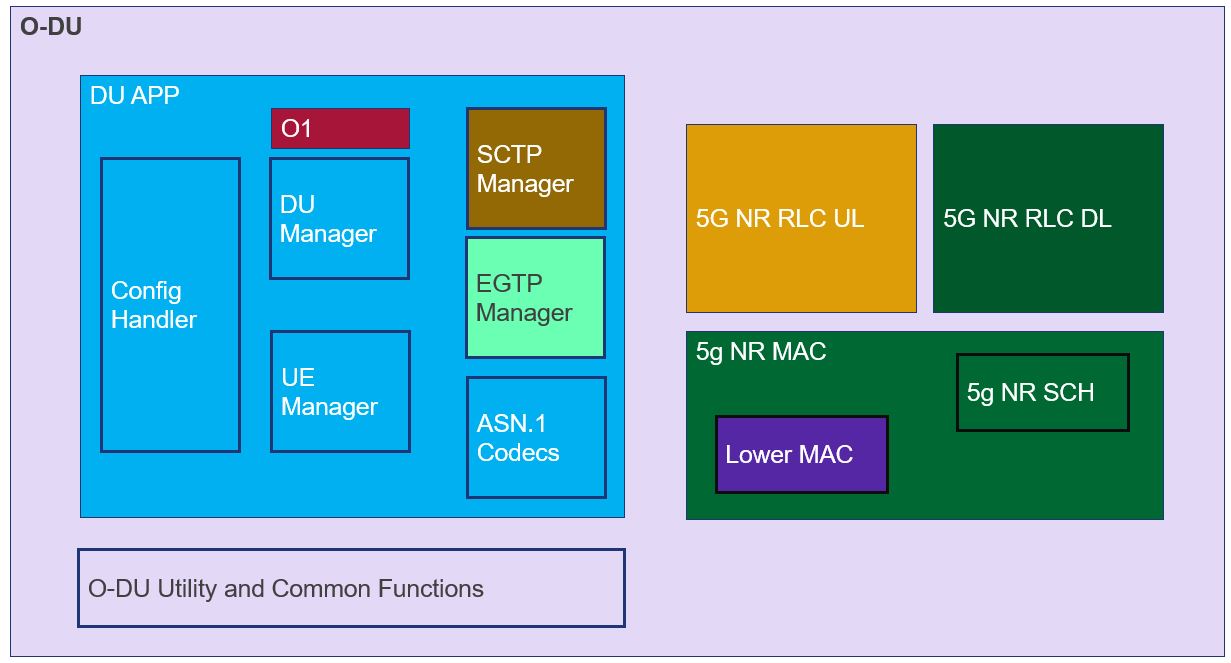 As shown in the figure above, there are multiple entities within O-DU High. Modules sharing a given color belong to one thread. O-DU architecture can be defined at a thread level as follows:

This module configures and manages all the operations of O-DU. It interfaces with external entities as follows:

DU App submodules are as follows:

This module provides services for transferring the control and data messages between MAC layer and O-CU (via DU App).

5G NR RLC UL and 5G NR RLC DL are the sub modules of this module that implement uplink and downlink functionality respectively.

This module uses the services of the NR physical layer to send and receive data on the various logical channels. Functions of the 5G NR MAC module are as follows:

As shown in the figure O1 module runs as a thread in O-DU High. Alarm communication happens over a Unix socket between the O1 and O-DU threads. O1 module uses API calls for interacting with the Netconf server(Netopeer) and datastore(sysrepo) for providing the Netconf interface.

This section describes the other modules that O-DU High interfaces with, as shown in below diagram.

As shown above, O-DU High interfaces with the following modules:

Cell Up and Broadcast Procedure 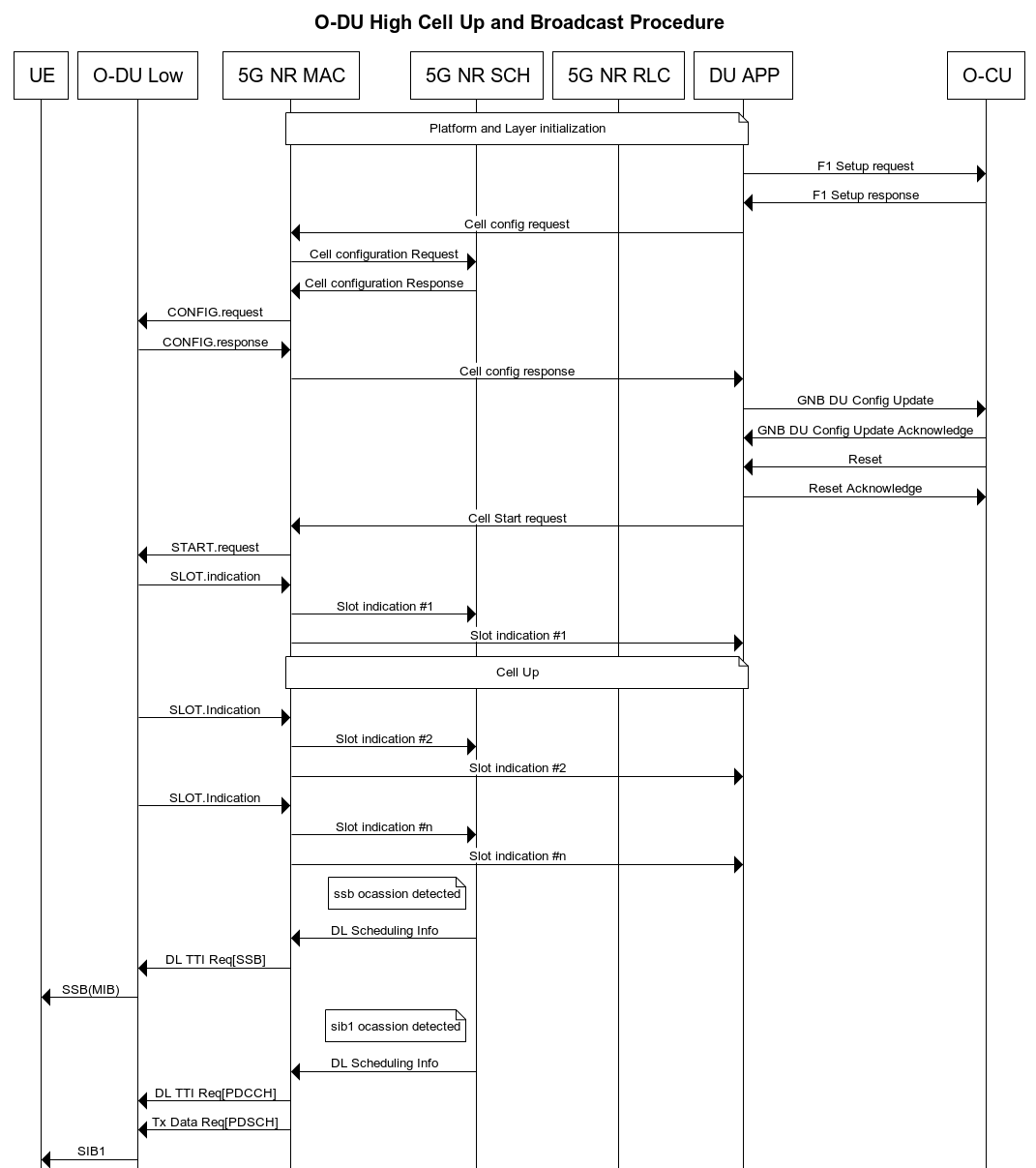 As seen in the above Figure, - The DU APP module of O-DU High sends F1 Setup Request to O-CU. This message contains a list of cells that the O-DU High has been configured with.

The above channels are used to achieve the below messages:

Below figure depicts the above call flow, inclusive of all interfaces: